Having had a life changing accident, I think I will be taking my blog in a slightly different direction. Instead of putting down how much I run, or ride, or lift, I will now be sharing my journey back to health.

Right now I have a surgically fixed broken leg (with its attendent metal plate and a few extra bones),  6 or so broken ribs and 3 fractures in my pelvic girdle. They fixed my ACL, and my punctured lung and my nicked liver, so hopefully you won’t be hearing about those so much. I also feel the need to sleep A Lot! Fortunately, I seem to be on the mend.

I am home, which is great. My Daisy has finally, after four days, realized that she does not have to be attached to me 24/7. I have yet to make it out to see the horses, they are down a long and bumpy–not to mention muddy– driveway that I am not sure my walker will roll down. Daisy does like to snuggle with me, she just doesn’t see to think I am going to abandon her again.  Bruce just likes to lay in the living room with me most of the time.

I am ambulating with a walker, with two wheels in front and two dragging legs in the back. It moves smoothly, although I am quite a bit slower than I am used to. But at least I am not in a wheelchair.  I did enjoy the wheelchair at the hospital though, being pushed right along!! But it is good to make progress.

I have to say I am sorry for my absence for the last week. This time I don’t get to blame Life, but rather the things that happen in the course of life: last Saturday (2/7) my car was tboned by a large, heavy work van. I hope to be out of the hospital by this Fridayish. Right now I am good for a couple of hours up and then a nap, and repeat!Hopefully I will extend my waking hours and focus and write more 🙂

This post is a response for Susieshy, who asked a couple of weeks ago how I was doing with my weight. I had ever got around to responding….maybe because I wasn’t doing all that well.

I did manage to gain the 2-3 pounds that seems the norm for the holiday season.  I flew through last year without the gain, and I was kinda hoping for the same this year. But I was enjoying the food just a bit too much this year.

Now 3 lbs doesn’t seem like much unless you realize that my body NEVER lets it go. It is very possessive. To that end I have been drinking a lot of tea. Also, I have hit my friend Jen up for some great recipes that taste wonderful but are good for us.

Her first one will appear next Thursday, so stay tuned…..

Here we are in February already! And it is a leap year, so we all know what that means–one more day to exercise 🙂

So how as the last week in January? Did I finally follow the plan? Well, it was a good week. One of my better for quality workouts. But the plan fell victim to my week once more. Ah well, it gives me something to strive for this week.  Or not: 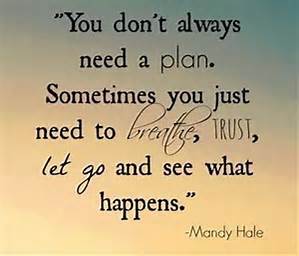 Monday: off, and that was not planned.  I realized after I had gotten to work at the hospital that I also had to work the afternoon at my retail store. And I was whupped from the two ten-hour days over the weekend, so I knew I wasn’t doing anything when I got home.

Tuesday: a short 20 minute treadmill run. I did five songs running, and one song while doing a cool down walk. The problem seems to be that the songs vary so in length, that I am not really getting more time on the treadmill even though I increased the number of songs. I guess I will be making a mix tape for the treadmill (ok, it will be on my phone, I don’t really listen to tapes!)

Wednesday: ah, this was a busy day. I took Daisy for a just over one mile walk. She was very good, even in the face of other dogs and the mailman. She has been getting a bit rounder–winter weight–so I am trying to add her in at least once a week. When we got back, she flopped on the couch while I did the  Calorie Crusher Circuit I linked to last week. I still didn’t want to do both, so I promised myself I could just do the one; and of course by the time I was done with that I was ready to keep going. I finished off the day with 10 minutes of yoga, bringing it to an even hour of exercise. First time I have done that much in months. I LOVED it.

Thursday: off. I would like to say it was planned, but it wasn’t. But I am happy to say it wasn’t because I was sore from the day before 🙂 It just didn’t happen.

Friday: some freeform yoga. Just about 21 minutes stretching and lengthening. One of my favorite poses is the wide-legged downward dog.  It stretches out the calves and inner thighs from wide vee-leg stance, without making you worry about whether you can get your heels on the ground. By bending at the hips, it opens your tailbone, and the blood rushes down the spine to rejuvenate your brain.

you can do that, right?!

No, I really mean this:

Takes a while to get here, I never liked holding this one when I first started. Not because of the legs, but because of the stretch along the back and arms.  I have to say, I have learned the poses I dislike are generally the ones I need the most to stretch out my muscles. Holding this for five breaths is still a bit longer than I like some days.

Saturday: another day off. I had plans, but by the time I got home from work and errands and sent my husband off for his weekend of snowmobiling, I was done.

Sunday: after slacking with three days off, I wanted to do something. But I was working another ten-hour shift at the hospital. Inspiration struck and I remembered to take sneakers with me, and walked around the hospital on my lunch break. I managed 1.64 miles in 24 minutes before having to grab food at the cafeteria and run back to the office. I felt really great that I managed a workout that brought a sweat on during my workday.