Since I have missed about, oh, about four weeks, I thought I would do the highlights. I had some very good runs, and met a few of my goals.

My days have been packed. See, we bought this boat.

Between work, getting the stuff for the boat, putting said stuff on the boat, cleaning the boat, riding in the boat (ok, that part is fun), exercise and squeezing in horse time, by the time I sit at night and stare stupidly at the tv while eating dinner, I had no brain left .

The first week included Memorial Day, and I forgot the 25% rule.  The idea is that one doesn’t increase their exercise by more than 25% in order to not overstress muscles and/or hurt oneself.  But I kinda forgot that I usually don’t exercise on  Monday , and since I got the holiday off, I ran.  Then I forgot to take that run into account when I did my long runs on Friday and Sunday.  I leapt from 10-11 mile weeks to 18.5 miles.

Strangely enough, I didn’t want to run Monday or Tuesday of the following week. Fortunately besides being a bit tired, I didn’t have any other side effects.

I spent most of the weeks following the same pattern: Mondays off, a couple of morning treadmill runs, mixed weights and yoga Tuesday thru Thursday, with long runs on Friday and Sunday. On Saturdays I took Daisy out for walks, and rode the horses Saturday and Sunday. Frankly, it has been a wonderful few weeks!

Monday 1: a marvelous run around my loop. I hadn’t tried it yet this year, which occurred to me as I ran the other side of Blinn Hill a couple of weeks ago. The loop is 5.59 miles and not a bad trail except for the really, really big hill. I thought I would cheat, and run down Blinn  instead of hitting it at the end. But there is a hill going the other way too, and after measuring them, I realized that both are a steep four tenths of a mile. No cheating allowed. It was a good run though, I felt strong and I did it 1:03 hr, which is not bad for a first time and those dang hills.

Friday 1: I decided to do a long run on the rail trail before heading off into town for errands. I do love that mostly flat trail — I did 5 miles in 50 minutes. I felt great during it, seems so easy after all the hills in my area!

Sunday 1: another long run, this one to the other end of my road and out around the gravel pits to another dirt road. It was a long (5.42), relaxing run.

Friday 2: I have been wondering recently if I can run all the way up Blinn hill. From the corner where it hits the main road (as main a road as you get in rural Maine), it is about 3 miles to the top, then I live just over a mile back down the other side (off to the left).  I had to drop my car off at the mechanics who is about 2 miles from the end of the hill, so I figured, what the heck? I ran down from there, and then turned around at the  main road and ran back up and home. So basically, an uphill 5k, with a total just over 6 miles. And it didn’t feel too bad, so now I just have to do it faster, right?

Saturday 2:  a short weight/ yoga session followed by a ride. I took Char out to the ring  and had a great ride.

Sunday 2: a short run (when did 2.5 miles become short?!) and another good ride. It got pretty dang warm, so I took Christopher Robin out back and did a lot of walking. He was a bit stubborn , but we gently worked out that he should go where I asked him.

The following week was mostly noticable by my tiredness. I even took two days off,  with Monday planned and Thursday well,  I was just beyond tired.

Friday 3: I did a long slow run on the rail trail. I worked hard at not caring how fast my miles were, and did a nice 6.01 mile in 1:07. I did meet my uncle on the trail and stop for a quick chat 🙂 And I felt pretty dang good doing it, enjoying the view of the river and the flowers as I ran by. And that night we took the boat upriver to watch a few fireworks.

Saturday 3: an easy day of of weights and stretchy yoga, followed by a long day of getting the boat ready for our trip the following week. Apparently, walking back and forth over a 23′ boat does not garner one a lot of steps, I barely cracked 4000 for the day!

Sunday 3: it was kinda yucky out in the morning, so I decided run on the treadmill. I did one of the presets that I had been doing over the winter and realized how much easier it was now! I did the 40 minute varied intensity and barely noticed when it changed from the easy (5.0 MPH) to the difficult (6.8 MPH). How cool is that? Guess those quick 2 miles at 7-8 MPH are really helping me out. 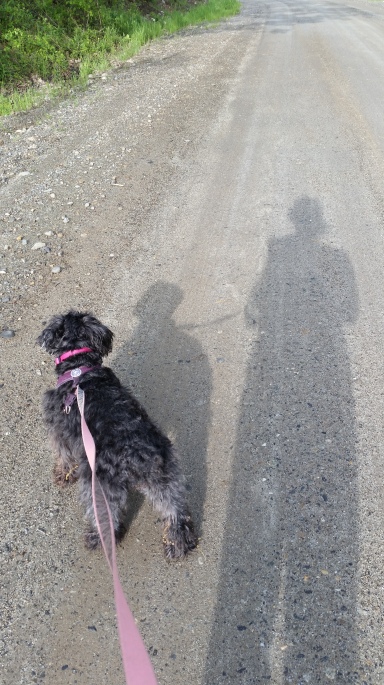 Daisy didn’t get the point of a shadow selfie — to not be in the picture!
(my fav kind of pic-plus it makes me look tall) 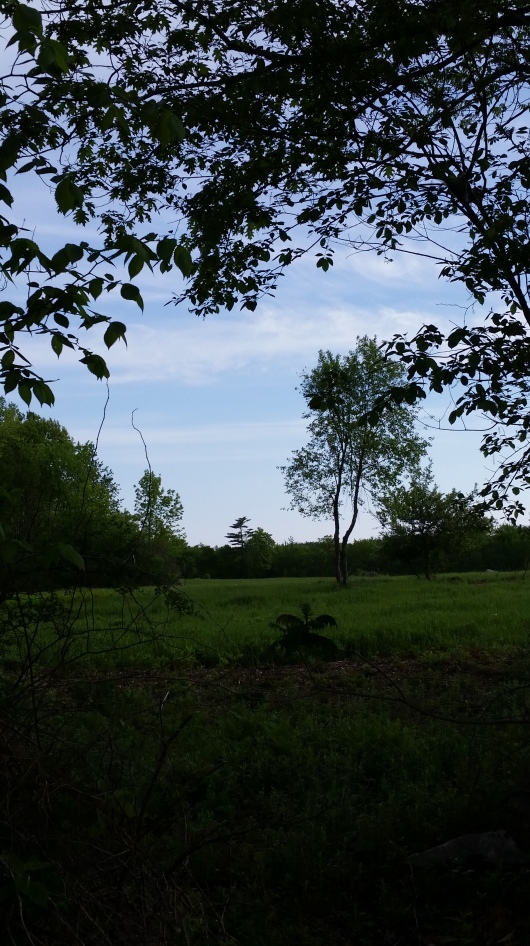 for a  forecasted cloudy day, that was an awful lot of blue sky 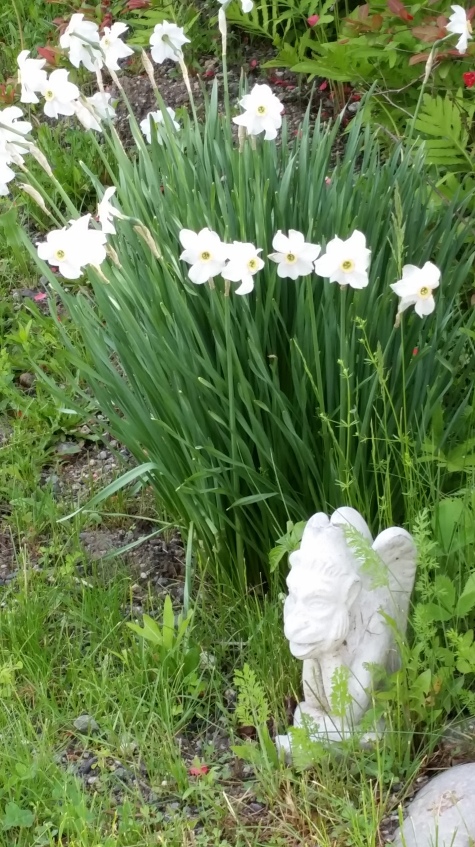 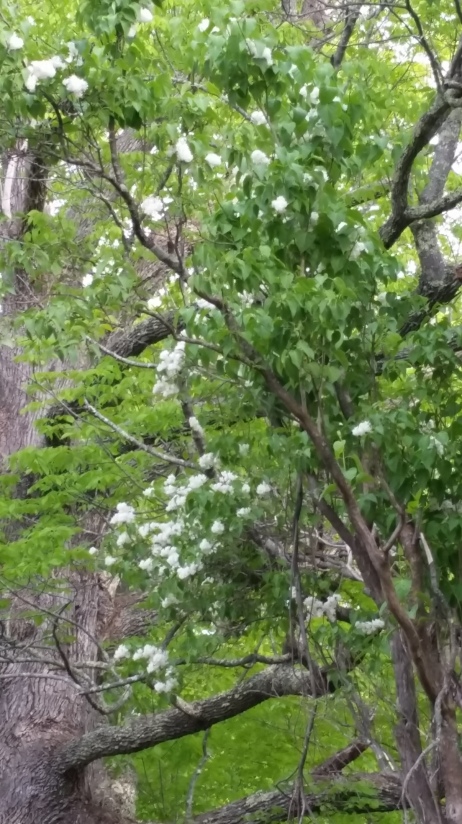 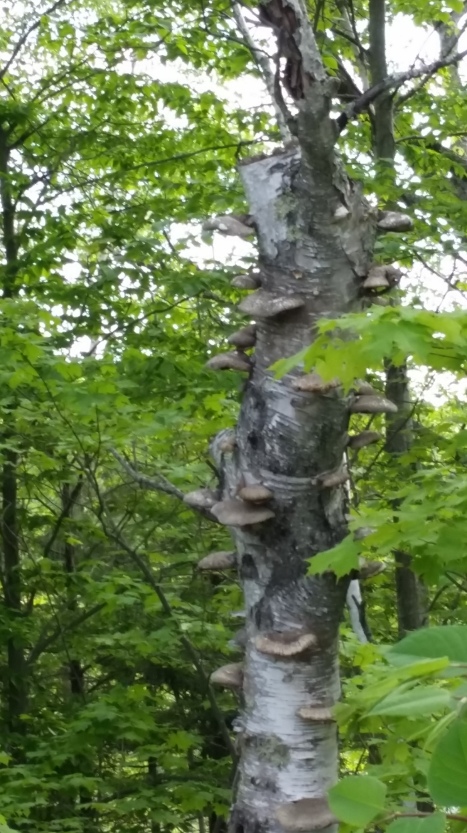 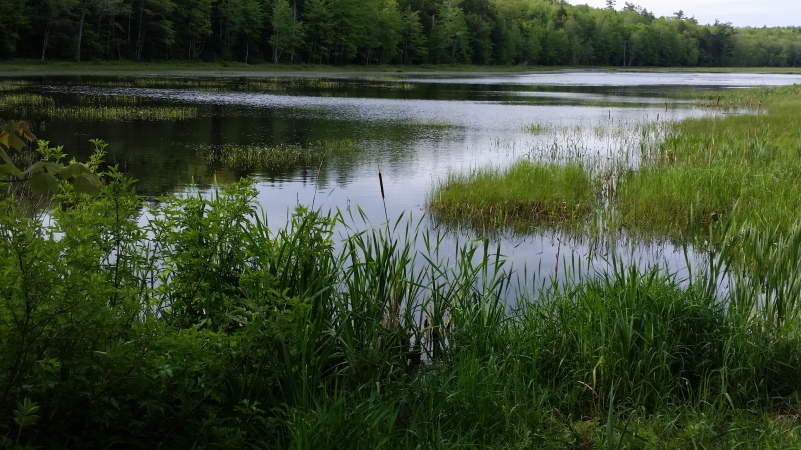 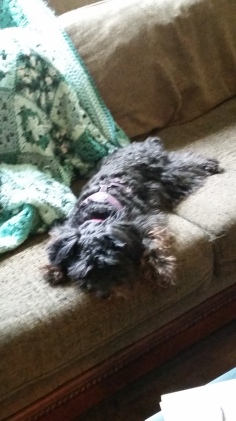 Sniffing wears a puppy out!

Before last week isn’t  a mere memory, I thought I should do my recap.

It was a good week. The weather was lovely, and  I had another 5K at the end.  I decided to run regularly  this time and see if it help or hindered my race.  Based on my run results, it definitely didn’t hurt. My legs didn’t feel tired, and I beat my previous 5K by  1:46….yippee!

Monday: day off, of course

Tuesday: another quick 2 miles on the treadmill.  I didn’t pay attention to my splits, but the 2 miles took 17:28. That seems to be about my average now, thinking I need to add another mile in the mornings. Of course, that is nine minutes I don’t get to sleep….

Wednesday: back to weights. I only did 2×15, but it felt pretty good and I planked in between sets. I am on Burpee hiatus. I think I should do them, but I just don’t wanna! I figure planks are as good for my core. I followed up with my short routine of stretch-y yoga.

Thursday: 2 more miles on the treadmill before work. I used my songs as timers this run, leaping speed after every song. I started at 6.0MPH, then 6.5 after one song, 7.0 after the next til I ended at 8.0. Oddly enough, my run took the exact same time as Tuesday’s, 17:28. But doing by song made it more interesting!

Friday: I did a 5k in preparation for tomorrow’s race, although my route was a lot hillier than the RailTrail the race was on. Which is only a good thing, of course! I didn’t rush it (33:16), I was doing it more for the feel of the distance than speed.  I went out shopping for annuals with a friend later in the morning, then we took Daisy for a short walk when we got back–it was very hot. Not that she cared, but I didn’t want to overheat her.

Saturday: Race day! The day dawned cloudy with the promise of rain, which normally I would never run in. But I met my friend at the race site anyway. It was the Mutt Strutt 5K for a local humane society, so there were dogs everywhere! Dogs in tutus, dogs as unicorns, dogs who walked (the 5K was a walk or run) and dogs who dragged their owners through the run. It was marvelous. The run itself was terrific, I cut almost 2 minutes off my previous 5K race, to come in with 27:28. And it started to rain, but I still ran (I really DON’T like getting wet!), and I felt like I had a really good handle on how I ran it. I picked places to give myself a “breather” before picking up the pace once more, and my second half felt terrific.

Sunday: strangely, I decided not to run. I did take Daisy for  a nice 2 mile walk, reining her in so it was mostly relaxing–took about 39 minutes. I followed that (while she plopped on the couch)with 19 minutes of yoga mixed with weights. I did 2×15 reps again, with strength and balance poses between the reps and stretching after.  In the afternoon I saddled up Charby and took her out to the ring for a 26 minute ride. The increased fitness in running translates well into the riding: posting downhill or around corners is much easier and smoother this year.