After all, this is why we run, right?

Did you run today?

When you look down past your aqua shirt to your teal weights resting on the pretty turquoise swirls on the yoga mat, and realize: huh, I seem to have collected a LOT of blue-greens over the years 🙂

Question of the day: if you are getting dressed for the treadmill when the power goes out, can you still count it as exercise? 😛

As I got ready to write this week’s Rundown, I realized I hadn’t written last week’s Rundown! My goodness, I am slacking big time! First I was going to just let it go, but then I realized just how much fun I had my vacation week.

As I posted, I made my first goal for the year: running the 6.5 miles on the Rail Trail between Gardiner and Augusta. That was awesome, especially since it wasn’t as difficult as one might think. Now I wonder how far I can run??

I also got to play with the horses almost every day–I had wonderful weather on my vacation. It was almost too warm.  I rode early in the morning most days, after the grain but before I threw out the hay to ensure it wasn’t too hot to make them exercise, much to the horses’ chagrin. But they did seem to appreciate the love, and I got to work my legs. Been a while since I had the time and place to make sure my legs were hanging the way they were supposed to be, heels down and on the horse instead of just reacting to what the horse was doing–or what I wanted the horse to be doing.

But I think the highlight of the week was the Great Inflatables Race.

I did it with 3 of my high school friends (and a daughter that got roped in), and we had soooo  much fun. We had serious issues getting over some of the obstacles because we were laughing so hard!
I did the Insane Inflatable last year, and there were some differences in the obstacles: this year’s were made with a much softer plastic, which made waves across the whole obstacle as people walked on it in different places–and speeds. That just added a whole new difficulty level,  not to mention more giggles.
The cool thing was that the set up course was 1.8 miles, so after all the waves went, we were invited to run it again. Second time was just as fun!

There has been talk of skater skirts next year, inspired by all the tutus we saw

Staring down the throat of the race (literally!) as we waited to start

Sliding home on the last obstacle!

Daisy and I have been taking some early morning walks, and we can’t help noticing that fall is definitely arriving.  We have had crisp mornings with warm afternoons and the landscape is changing.

Early morning fog coated this stream as the sun tried to break through.

Leaves are dropping and grasses are nodding their full seed heads.

Daisy is impatient with  my photo taking.

I got my first outdoor run today!

Daisy and I walked out a mile, and ran back. We managed to run down a long, steep hill without incident (downhill is still harder than uphill), and Daisy managed to not stop suddenly in front of me with the result of me tripping over her.

I did manage to pace myself better than she did, as she led me the first half  mile and I led her the last quarter-mile. All in all, an excellent start to our running season.

I expect this is a good point to announce that I am aiming for a 5k on Memorial day. I’d like to do a couple this summer, so that seems like a good starting point.  I know I did the obstacle course last fall, and it was fab (definitely going to try again this year); but I didn’t run it.  So I am pretty excited to get out and do a straight up road race.

Daisy and I attempted our first after-snow walk. I was worried she wouldn’t be warm enough (especially with the windchill) walking through the ice and snow. I was also worried about sliding on the ice and snow myself, and injuring my knee more. It isn’t good with sudden movements or weight slamming down on it. Glad to say we both did great, thereby expanding our walking season. I did get her a new coat, and I do have some Yaktraks on order from Santa–we will see what he brings!

Yup, I did that. Ok, I will do that–I am registered for the September 17

Don’t worry, our team has a CCU nurse on it 😛  And the obstacles are inflatable, how hard can it be?

More on that stupid question later 🙂

So I got up at 4am, did some ‘cises, and worked and cooked and finally sat down at 8pm. So here are words of encouragement for all of us with these crazy days! 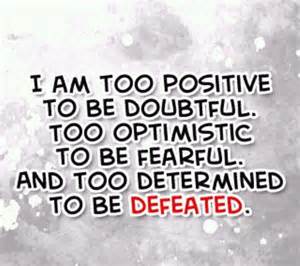